Hi everyone! Thanks again to all of you who took part last week!
The winner of the playmates from SkattyKats (drawn at random using random.org)is Frances
so congrats to you! Please email me with your postal address so we can send them off to you asap! (Link on right!)
This weeks challenge is our first one from Claudia! It's a great idea and the cards look fab! Thanks Claudia!
Here's the tutorial and the fantastic cards from the design team!

Draw a square with a pencil (you will need to erase later the lines) onto the front of your card. It is up to you how big you want the window to be. (you can use as help a post-it note as a guide)

Draw a second frame with your pencil inside your big frame (i have found that 0.5 cm smaller is the best) cause the wider you will make the frame the wider it will stick out to the inside of your card. Crease along the pencil lines with your bonefolder

Fold your cs along the scored lines like you see in the picture.

Cut your white CS you want to stamp on to fit inside the opening you have determined at the beginning and slide it into your frame. Adhere. This is how the back is going to look like.

make a nice cover for the back. I used a layer bashful blue and one layer in brown to hide the back.

This tutorial is for Papertake weekly challenge blog. Have fun. 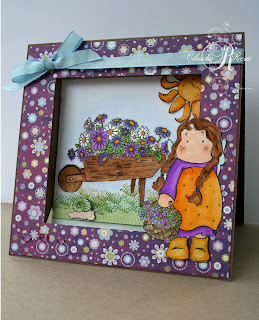 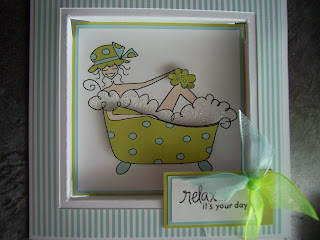 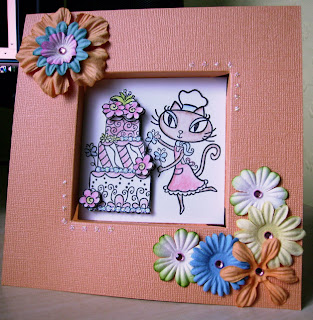 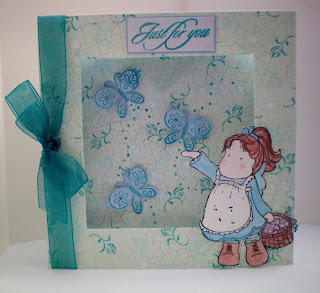 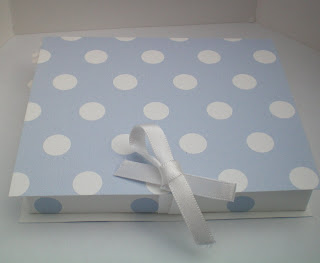 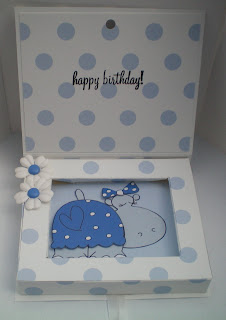 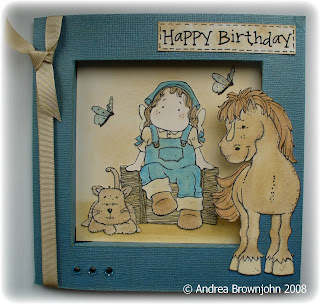 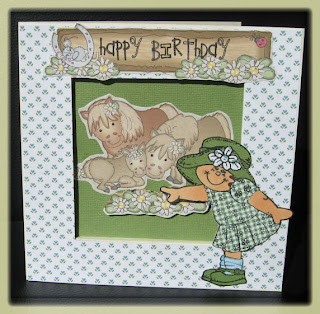 wow.. i love your projects so many neat ideas i defenetly will try this card again and use some inspiration from you.

Ooooo, I won, how lucky am I?!! best do the lottery this week :) thank you so much girls, will send you my details now. Fab tutorial Claudia and great DT work. It also means I can try out my scor pal too.

Wow, what a challenge! The DT cards are beautiful...My card's on my blog, thanks for looking
Kate
x

Love this challenge it's a great tutorial

My card is here http://jillyscreations.blogspot.com/2008/03/papertake-weekly-challenge-frame-card.html

Had to have a go straight away, great tutorial and fab cards DT.
Here's mine
http://debby4000.blogspot.com/2008/03/frame-card.html

This is a fab challenge and I love all of the design teams work. Mine is on my blog. xx

Great tutorial Claudia, thank you.
Mine is on my blog.

What a great idea, I just had to make a card straight away - it's on my blog already!
Sally
x

Great challenge and I love all the cards!!!!
Here is my attempt
http://skippereva.blogspot.com/
Thanks for looking

Claudia, what a fab tutorial and the DT have excelled themselves! Bravo ladies. This was certainly a challenge, but I shall be making another as I like the end result!! Here's mine:

Fabulous work girls and thanks Claudia for the fab tutorial - mines on my blog :-)x

Claudia, what a fabulous tutorial - thank you so much for this - I have so much fun creating a card and the result is what I will present to you... So, here is my entry for this week... Thanks for looking... ;o)

Absolutely stunning idea, can't wait to have a go at one of these :)

Sorry my link does not seem to work.Here it is
http://cardsbyelisa.blogspot.com/2008/03/frame-card.html

wow this was cool thanks for the instructions here is my entry
http://prettyinprima.blogspot.com/2008/03/paperweekly-challenge.html

This is the first time Ive come across this challenge blog and what a fab place it is with stunning DT cards.Fantastic idea and tutorial on the frame card..my entry is on my blog
http://cardcraftcreations.blogspot.com/

I enjoyed this challenge - scan isn't brilliant though.

The tutorial was very good, and I love the DT cards. I have put mine on my blog.

You can find my entry here :

Love the challenge and the tutorial was really good. txs

My attempt is here: http://stuffbysammi.blogspot.com/2008/03/frame-card.html

What a great challenge, thanks Claudia. Fabulous examples from the DT too. Mine is on my blog, together with the name of the winner of my blog candy.

I've never made a frame card before (I admit to never seeing one before actually!) but thought I would have a go.

Here is my attempt

Fabulous tutorial. I had a go you can see my card here

OH WOW!!! how fabulous are those cards! well done ladies they are amazing!

Oh well beter late than never, that should be my Tag Line. LOL

This is the first challenge Ive done on blogs. I could have picked a better style to make with this techneque, but hay, ive had a go...

really easy tutorial to follow, thanks Claudia! It just took me a while to decorate it but I did it finally, here it is!

You have made som great cards!

Here is my entry

Wow, great cards and I just adore the tutorial.

My card can be found here

What a fantastic tutorial and fab idea!!! Great inspiration too! I was late logging in this week as have been busy, but could not wait to make mine - as an Easter card it is here. TFLx

Hi
Thank you so much for a great tutorial. This is my first challenge attempt. Hope you like it.

Wonderful creations from the DT yet again! And yet again, I'm late but have an excuse this week....have been poorly so have only just loaded mine on my blog!

I'm sooo late with mine! The tutorial was brilliant - I've never seen these cards before! Mine is on my blog, thanks for looking! xx

Thanks for inspiring and sharing new tutorials find my creation on my blog...

Wow what a clever and simple idea. Had to have a go (even though it's late at night) and have just made a simple plain card and used as a photo frame (will decorate up when I can). Thank you so much for a new idea for my cards.

I never had the time to do this back in March, but I tracked it down again as it was just perfect for the card I made this weekend-thank you.

What a wonderful tutorial. Thank you so much for showing us how to do this. Stunning.

Weaknesses of World Of Warcraft Gold the client-server model used by World of Warcraft have been wow power levelingexploited in order to crash the cluster of servers that make up a realm. Exploits also include characters being able to instantly change location or teleport. The situation Cheap Wow Goldbecame worse when trying to coordinate activities across a number of players cheapest wow goldor guilds on the same realm.World of Warcraft Lead trade4gameProducer, stated that new realms would be introduced to relieve the burden on existing ones. Existing realms would be upgraded.

Although the game wow gold follows a similar model to others in the genreand was noted for having wow gold cheapmany familiar concepts from roleplaying games, the new approaches oggsaleto reduce pauses between game encounters was well liked. At various times, World of Warcraft players live4gamehave experienced problems with connecting to and logging in to wow gold for sale the game. Sudden server crashes that would force realms offline also occurred.

Hi!! I stumbled in here to day, and I instantly fell in love with this card!! It is so diferent och unusuall. I just hade to try it out!!

So thanks for a lovely tutorial and for sharing it with us...

You can find my version here: http://bellamios.blogspot.com/2009/07/roligt-kort.html

Thanks for sharing this tutorial. I would like to make this frame card.

Norton.com/setup - Consumers and small businesses are experiencing a new sense of security for over 25 years with Norton. Norton setup downloaded from the norton.com/setup page helps to work and explore the ever-changing digital landscape. Norton makes it as easy to protect and manage your devices while installing an application on your smartphone.

I think this is an informative post and it is very useful and knowledgeable. therefore, I would like to thank you for the efforts you have made in writing this article. If you are looking for antivirus security for your PC and any other digital devices than. Visit at my sites :-
geek squad tech support  |  quickbooks support

Thanks for Fantasctic blog and its to much informatic which i never think ..Keep writing and grwoing your self.Awesome post, but if anyone feels the need to learn more how to login visit
this linkkaspersky-login


You're a talented blogger. I have joined your bolster and foresee searching for a more noteworthy measure of your amazing post. Also, I have shared your site in my casual networks!

Are you willing to solve your QuickBooks queries? If you are interested then call on our QuickBooks Help +1-805-617-3111. Get ready for instant help and support by our Intuit certified technicians less than a minute. Contact us anytime and anywhere.

Charlie Wilson is a Microsoft Office expert and has been working in the technology industry since 2002. As a technical expert, Charlie has written technical blogs, manuals, white papers, and reviews for many websites such as office.com/setup.

I really happy found this website eventually. Really informative and inoperative, Thanks for the post and effort! Please keep sharing more such blog.

Kaspersky is an antivirus software designed in kaspersky download. It offers real-time protection, removal, and detection of viruses and malwares. On creating the kaspersky login account, you can download kaspersky antivirus on your device. The Kaspersky was basically designed to protect the device from malwares. The automatic backup, online identity protection, and costless technical support is available for kaspersky.com/downloads users. However, to cover all the devices with protection shield, www.kaspersky.com/downloads is essential. It is compatible with windows, mac, and mobile phones, including iOS and Android. 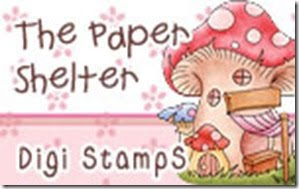